Day Shift is a action movie directed by J.J. Perry. The movie was initially released on August 12, 2022, and has an N/A rating on IMDb.

Day Shift is premiering on Netflix on Friday, August 12, 2022. Let’s take a look at the cast, movie plot, reviews and what else is on Netflix. ⬇️ 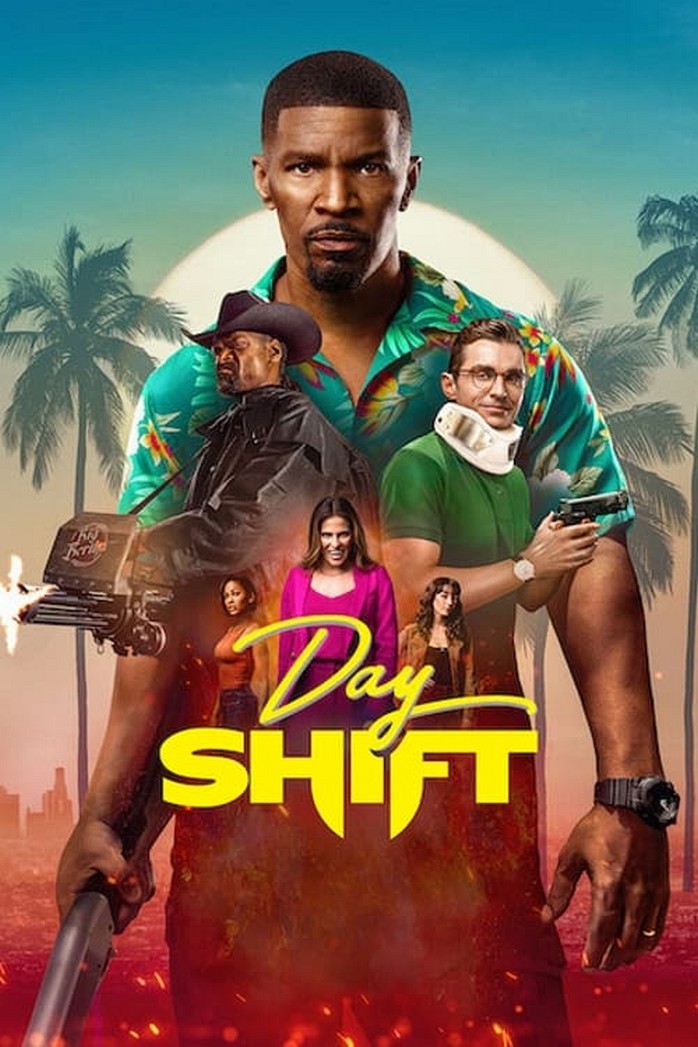 Day Shift is scheduled to be released on Netflix on August 12, 2022. You can also view all new Netflix releases on Aug. 12, 2022. So, what time can you sit down and start watching Day Shift?

If you live on the east coast, you can start watching Day Shift at 3:01 AM (ET), and if you’re on the west coast, the release happens at 12:01 AM (PT). Some Netflix titles are considered original in one country but not in another and may not be available in your region. Below are the start times for United States main time zones.

What is Day Shift about?

A hard-working, blue-collar dad who just wants to provide a good life for his quick-witted 8-year-old daughter. His mundane San Fernando Valley pool cleaning job is a front for his real source of income: hunting and killing vampires.

Day Shift has an IMDb rating of N/A/10 based on N/A user votes, and score on Rotten Tomatoes. Please note, these user reviews are accurate at the time of writing. We will continue to updated Day Shift reviews periodically.

Is Day Shift a Netflix Original?
Day Shift is a Netflix Original movie released in 2022. Netflix uses the term "original" for movies and shows that are exclusive to its platform. Original can refer to a few things: content that is self-produced, programming licensed exclusively from other studios, or licensed content such a that may air on TV in some markets but stream first on Netflix in other parts of the world.

When did Day Shift originally come out?
Day Shift was originally released on Friday, August 12, 2022.

Is Day Shift on Netflix?
Yes.

What age rating is Day Shift?
Day Shift is rated: R. An R-rated material contains some adult material, and may include adult themes, adult activity, language, intense or persistent violence, sexually-oriented nudity, drug abuse or other elements. Parents are counseled to take this rating seriously. Under 17 requires accompanying parent or adult guardian.

Who directed Day Shift?
Day Shift was produced by 87Eleven, and Impossible Dream Entertainment and was initially released on August 12, 2022.