Big Mouth is a animation series created by Jennifer Flackett, Mark Levin, Nick Kroll, Andrew Goldberg. The series was initially released on September 29, 2017, and has an 7.9 rating on IMDb.

Big Mouth is being released on Netflix on Friday, October 28, 2022. Let’s take a look at the cast, series plot, reviews and what else is on Netflix. ⬇️ 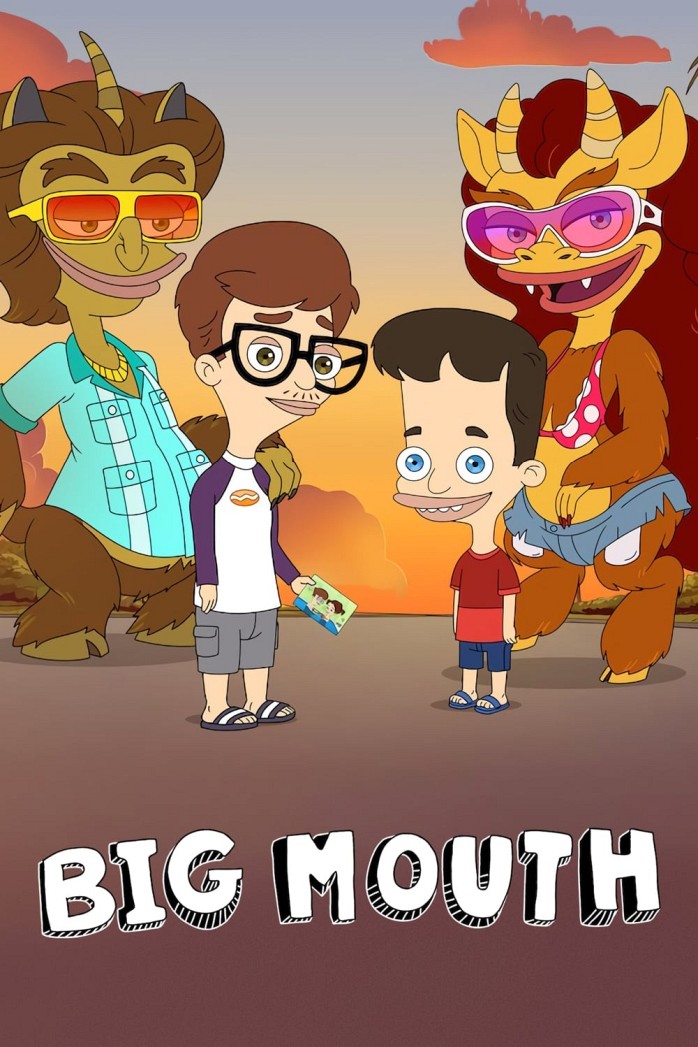 Big Mouth is will be released on Netflix on October 28, 2022. You can also view all new Netflix releases on Oct. 28, 2022. So, what time can you sit down and start watching Big Mouth?

If you live on the east coast, you can start watching Big Mouth at 3:01 AM (ET), and if you’re on the west coast, the release happens at 12:01 AM (PT). Some Netflix titles are considered original in one country but not in another and may not be available in your region. Below are the start times for United States main time zones.

What is Big Mouth about?

Teenage friends find their lives upended by the wonders and horrors of puberty.

Big Mouth has an IMDb rating of 7.9/10 based on 77,322 user votes, and score on Rotten Tomatoes. Please note, these user reviews are accurate at the time of writing. We will continue to updated Big Mouth reviews periodically.

Is Big Mouth a Netflix Original?
Big Mouth is a Netflix Original series released in 2017. Netflix uses the term "original" for movies and shows that are exclusive to its platform. Original can refer to a few things: content that is self-produced, programming licensed exclusively from other studios, or licensed content such a that may air on TV in some markets but stream first on Netflix in other parts of the world.

When did Big Mouth originally come out?
Big Mouth was originally released on Friday, September 29, 2017.

Is Big Mouth on Netflix?
Yes.

What age rating is Big Mouth?
Big Mouth is rated: TV-MA. Intended for adults and may be unsuitable for children under 17. Possibly contains crude indecent language, explicit sexual activity or graphic violence.

Who directed Big Mouth?
Big Mouth was produced by Titmouse, Danger Goldberg Productions, Fathouse Industries, and Good At Bizness and was initially released on September 29, 2017.

The Bastard Son & The Devil Himself

All Quiet on the Western Front